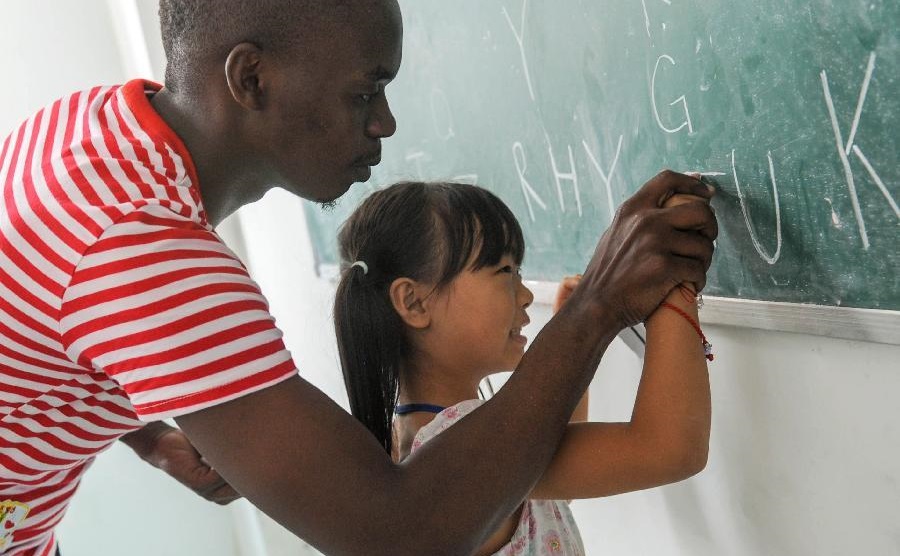 ENTERPRISE54 – PrepClass is no new name to Nigerian technology enthusiasts. The online exam preparation startup shot to international recognition in February when it emerged winner of TechCabal Battlefield $20,000 pitch competition. Fast Company has also featured the startup as one of the most innovative companies coming out of Africa. Despite excitements about the spread

ENTERPRISE54 – PrepClass is no new name to Nigerian technology enthusiasts. The online exam preparation startup shot to international recognition in February when it emerged winner of TechCabal Battlefield $20,000 pitch competition. Fast Company has also featured the startup as one of the most innovative companies coming out of Africa. 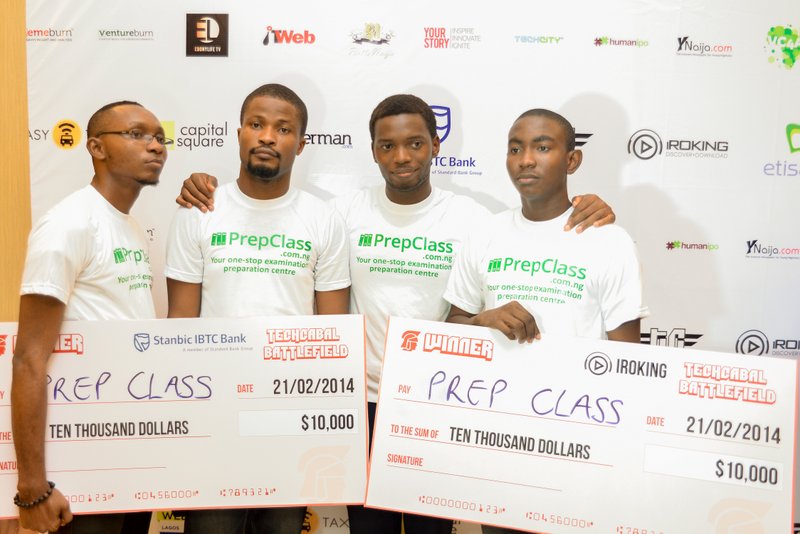 2nd to the left: Olumide Ogunlana

Despite excitements about the spread of internet in Africa, its potential to deliver standard academic knowledge to millions of underserved pupils, and the fact that over a million pupils would be writing the 2015 JAMB examination online, PrepClass co-founder Olumide Ogunlana thinks technology will not displace teachers. Eye brows raised when he first expressed the view at the recently concluded DEMO Africa. MOOCs and test prep startups are popping up sporadically. Even telecoms giants MTN and GLO have joined the competition to eat any available lunch but Ogunlana is not having any of the excitement. The 22-year old thinks “most test prep startups are wasting their time.” So we got down to chat with him about his rationale for this dramatic view.

So online learning versus classroom education. Why do you think the internet or technology would not displace teachers?

Recently, I had this argument with my friends. I don’t think ecommerce would completely change consumer offline behavior. For some industries, technology would disrupt traditional means like Uber has killed taxi hailing in the US. Airbnb disrupting space booking and Trip Advisor is bigger than the largest chain of hotels in the world. So technology is going to displace a lot of businesses but for commerce and education, I think we are still very far like about a hundred years back. And that is simply because the infrastructure isn’t there yet. Internet penetration, bandwidth speed, accessibility, and culture isn’t there yet.

You see, it’s at co-creation hub here that you’ll just open laptop and you’re connected to the internet. But in the real world, people go to cyber cafes and pay 200-300 naira for one hour of poor bandwidth. People don’t really go to the cafes to have fun; they rather go online to apply for jobs or to register for something. Our kind of internet usage at Cc-hub represents like 0.0001%. Over 5000 cyber cafés registered for jamb last year. How do you think people check their WAEC result?

The cyber café business would not die in a long time because of this volume of users that need to go online. There are some services that require the general populace and a lot of these people don’t have laptops. If you ask anyone ‘where did you register for JAMB’, they would tell you they went to cyber café. You and one café attendant would be filling forms. He would ask you for name and all that. I was in Warri. It’s even big business there. I served in Warri. We worked with cyber cafés to sell our products.

Online learning is not sustainable with these factors. We would eventually get to a point where mobile data is free where it would be more convenient to surf on mobile than to call. Until we get to that point…

So the internet is the sole key to catalysing this disruption?

At all! Education is an offline business. The guys that have built successful education businesses built it offline then simply expanded online but their main stay still is their offline business; Pearson, Princeton review and co. So except you want to do things like mobile money, health and farmers tips etc. in Nigeria that’s fine. But education in terms of schools – primary, secondary and tertiary – I don’t think ICT would provide a good impact.

Yes. Both MOOCs and SOOCs.

You see, there’s just something about buying a book and studying it to prepare for exams. My GRE book came with a CD I have never used it; but I have used the book. I may go online to attempt some questions but the real studying is preferred with a tangible book. Oxford advanced learners dictionaries come with CDs; how many students that own computers have actually installed that disc? When you wanted to write your exam you went to Yaba bought the necessary textbooks and went to study. Students prefer to study offline and have a community to rally around when the need arises.

Do you have data to back up this assertion?

We have not conducted a broad-based survey of students in Lagos or anything like that. That costs a lot. But we do study metrics coming in from our online marketing campaigns. For example, we’ve placed ads on Linda Ikeji Blog, got thousands of clicks, enquiries and anecdotal evidence and we study the conversion rate. The anti-culture of online learning makes customer acquisition high. You constantly put N50k into LIB, how many customers do you get?

See, except MTN, with big marketing budgets, all these other test prep startups are wasting their time. Ah! I fear MTN o! Our monthly ad spend is what they spend on 15 seconds radio jingle. Telcos are big. They’ve made money from voice, they moved to data. They made money from data, they are moving to other awkward things. Virtually anything they can make money from. MTN is making money from vehicle tracking, selling gadgets like laptops, there is also the MTN education bundle where they sells you a laptop that comes with academic content. They are looking for more revenue and they would do literarily anything.

So what are you in business for? Would you still co-found PrepClass if you knew all of these challenges?

Certainly. I love what I do. I have paid my dues and we’re comfortable. PrepClass is in a good position. We’re playing to capture the early adopter segment of the Nigerian market; there are those that are eager to practise online. That’s still a massive population. Plus, after 16 months, we have understood the market better and are focusing strongly on the offline-based revenue stream of the business.

The tutoring marketplace. Eight out of every ten mother in Lagos is concerned about their children’s education. Four out of those eight is looking for a lesson teacher. So we connect these parents to certified teachers whom we also train on home teaching ethics. We’re preparing for next year JAMB though. It’s all going to be written online if the government doesn’t change its mind. That would bring big business for us (rubs both palms gleefully). 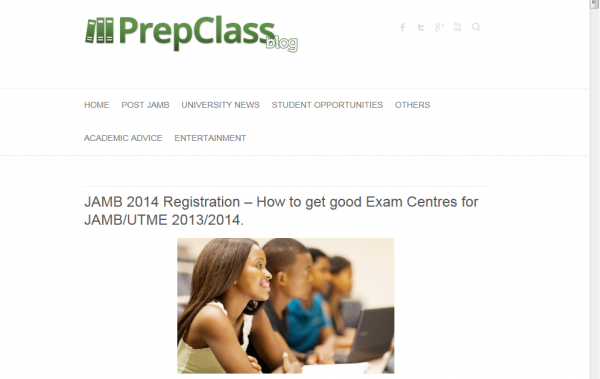 So what happened with the 440ng deal? Word had first got out that PrepClass had been selected.

We were in talks with Chika Nwobi sha. Great guy. Very intelligent. But we couldn’t agree on equity. They wanted too much. 30 percent. I’m very happy for the guys they chose sha. Aside the money, they have gained lots of exposure.

Yes they have a great team of mentors but I can learn what I need to myself. I believe more that learning is an individual thing. Before I started I didn’t know a jackshit. I didn’t know how to configure a filehost. I spent like two months learning that from scratch. I studied engineering so I have an engineering background. I did a bit of programing when I was in school. So I built the platform from ground up.

We have understood the market. We have worked long enough to understand how the market works. I’ve been in this business for over 16months. I have a lot of plans, we are supposed to be a lot bigger than we are at the moment. It’s not easy. All my thoughts are put into it. That’s all I am thinking about. For the past 18 months every morning afternoon and night all I think is Prepclass. Entrepreneurship can be boring.

So basically, technology will not displace teachers. What technology would do is disrupt the space. In the area of content distribution, technology has got a major impact.

Olumide Ogunlana recently won N2.5m from MTN Link Forum and a sponsorship to attend the 2014 World Entrepreneurship Conference in France.