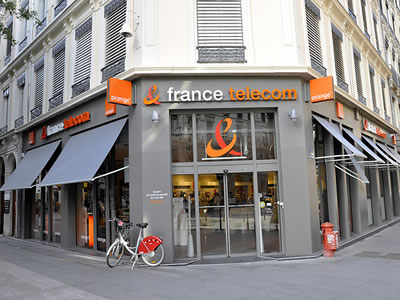 French multinational telecommunications corporation Orange has launched a call for applications for its 5th edition of the Orange African Social Venture Prize. This initiative aims to encourage innovative start-up projects which help to accelerate development on the African continent. The prize will recognize three projects with grants of 10,000, 15,000 and 25,000 euros, along with

French multinational telecommunications corporation Orange has launched a call for applications for its 5th edition of the Orange African Social Venture Prize. This initiative aims to encourage innovative start-up projects which help to accelerate development on the African continent.

The prize will recognize three projects with grants of 10,000, 15,000 and 25,000 euros, along with six months of support from Orange experts. The first prize will also be offered a patent registration in the country of the project’s deployment.

Internet users are also invited to vote online for their favourite project on Orange’s entertainment portal in Africa, StarAfrica.com. The winner of the “Favourite Project” will have its project submitted directly to the jury along with the other project finalists.

The Orange African Social Venture Prize showcases entrepreneurs offering innovative products or services that meet the needs of Africans in fields such as health, agriculture, education, energy, industry or trade.

Over the past four years, 2,000 projects have been submitted for the Orange African Social Venture Prize, reflecting the dynamism of African entrepreneurs and the potential of the telecommunications sector in Africa.

Operating in 19 countries in Africa and the Middle East, Orange serves more than 100 million customers in the region. Given the positive impact that digital services have on peoples’ daily lives, this presence means that the Group plays a major role in Africa’s economy and future development.

As a result, one of Orange’s main priorities is to improve connectivity, particularly in rural areas, and to introduce value-adding mobile services. The Group also supports entrepreneurs by offering a variety of support programmes, both to entrepreneurs seeking to create their own company and to mature start-ups. To achieve this, Orange is sharing its experience and know-how by offering access to its networks and platforms, and by facilitating the creation of new services by making available its Application Programming Interface (API) catalogue. In addition, the Group has created special mechanisms for acceleration or incubation such as the Orange Fab programme in Cote d’Ivoire, as well as supporting structures for financing and management. Since 2010, Orange is a partner of the CTIC Dakar incubator, a reference in Western Africa. In April 2014, the CIPME Niger incubator, which was initiated by Orange, opened its doors to start-ups in the fields of renewable energy and the environment.

Applications are open to any entrepreneur (aged 21 or over) or legal entity that has been in existence for fewer than three years with no restriction on nationality. Submitted projects must be designed to be deployed in at least one of the 17 African countries in which Orange operates and must use information and communications technology in an innovative way to help improve the living conditions of the populations in these countries. Applications are accepted from 21 May to 18 September 2015, here.