Much Ado About iPhone 6 Plus: Product Review

ENTERPRISE54 – The dilemma that comes with making a switch to a new phone can be quite daunting especially if it’s the hot new phone everyone’s talking about. The iPhone 6 was launched in Lagos on Friday Nov 7th 2014 with much fanfare, however the real talk of the town is the iPhone 6 plus;

ENTERPRISE54 – The dilemma that comes with making a switch to a new phone can be quite daunting especially if it’s the hot new phone everyone’s talking about. The iPhone 6 was launched in Lagos on Friday Nov 7th 2014 with much fanfare, however the real talk of the town is the iPhone 6 plus; But is it worth the buzz? Kaymu explores its features to help you make your decision!

AESTHETICS: The iPhone 4 was a beautiful phone. It revolutionized the iPhone series and people’s expectations for subsequent apple phones heightened. What the iPhone 5 lacked in beauty, its sleekness made up for. Now the iPhone 6 had new features but was neither beautiful nor sleek, however if you’re longing for something totally different look no further than the iPhone 6plus.The iPhone 6 Plus is significantly larger, noticeably thinner, and perhaps more unattractive—but most importantly it offers far more endurance on a single charge than any previous iPhone. 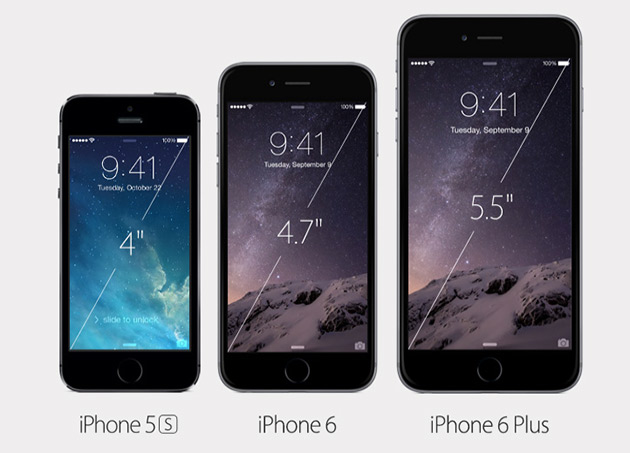 DISPLAY QUALITY: The iPhone 6plus has a 5.5inch stunning display of 1920 x 1080 panel, which is about 401 pixel per inch. There is also a new polarizer that makes it easier to see the screen under sunlight. Also, there is a wider viewing angle with the perfect colour reproduction and a higher contrast compared to the other iOS screens. Video and picture viewing is awesome on the phone, but the speaker problem is the tricky part as there is just a single mono speaker at the bottom of the phone where your hand goes.

CAMERA CAPACITY: Apple is known for producing smartphones with utterly perfect camera features; the iPhone 6 plus did not disappoint. Still at 8 megapixel, they focused on better picture in low light and reduced the blur caused by inevitable handshaking thanks to the optical image stabilization. With an introduction of the ‘focus pixels’ used to lock auto focus faster, the iOS 8 camera app gives you the feature that instantly allows you to adjust exposure by dragging up and down the screen. There is a new feature ‘cinematic stabilization’, its job mainly is to smoothen unwanted motion in video clips in very subtle manner. The wide screen is a bonus in this aspect as it captures a wide range and helps you frame your shots. The iPhone definitely held its own in this department.

BATTERY LIFE: As astonishing as it sounds, iPhone 6 plus’ battery life is more effective and reliable than its antecedents. If you are looking for a reason to purchase this phone, this factor definitely breaks the dilemma. The apple plus comes with a larger battery and runs longer. According to the tests carried out by the Kaymu Gadget Team which included video play back tests, the iphone 6 plus had 14 percent battery left long after the iphone 5s and iphone 6 battery had died, lasting almost 12 hours.  Performance wise, it is quite snappy compared to the iphone 5 and 6 but a few glitches here and there which is probably stemmed in the iOS, so we expect that overtime those problems should be tackled.

CONCLUSION: The iphone 6 plus is not the most fantastic iphone invention, the width of the phone is slightly a bit of an issue but it can be attributed to the fact that iphone lovers are already used to the usual sleek squared portable. We highly commend the big step taken by apple to break the norm and as expected change is not exactly taken completely. That being said the recent introductions and features, some of them long overdue, are nice add-ons, others might seem unnecessary. Overall, in our opinion, it is very much worth every kobo.

Editor’s Note: This piece was contributed by Kaymu Gadget Team.