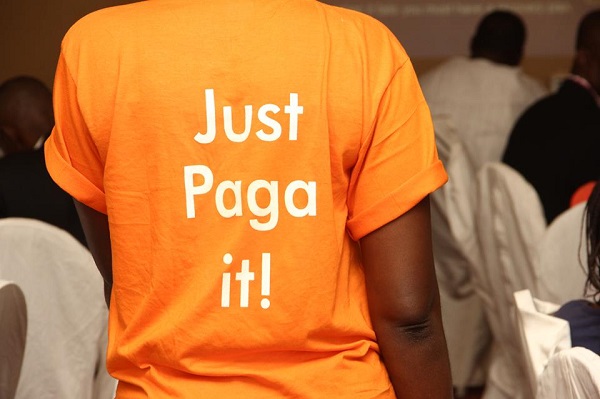 Earlier this week, the news made the rounds about Uber’s partnership with Paga. The partnership would see paga integrated into the Uber experience as a payment solution. I'm excited @Uber_Lagos has partnered with @mypaga for payments. We're committed to making payments easy for merchants & consumers #PagaUber — Tayo Oviosu (@oviosu) January 21, 2016 This

Earlier this week, the news made the rounds about Uber’s partnership with Paga. The partnership would see paga integrated into the Uber experience as a payment solution.

This was in response to the recent dollar conversion issues people were having with their bank accounts. Uber had to provide ways for their users to circumvent the exchange rate hassles. And Paga was right there to help out.

This presents Paga with a rare opportunity. Paga is Nigeria’s leading mobile money transfer (I mean, payment solution, sorry Tayo). Nevertheless, its success is nowhere near m-Pesa’s dominance in Kenya.

Not to sound like a fanboy but m-Pesa is the most successful mobile-phone-based financial service in the developing world.

In Kenya, m-Pesa is currently used by more than two-thirds of Kenyan adults and processes over 8 million transactions every day totaling close to $20 million. Discussions with a few people watching the scene reveals that not so many people think this kind of dominance can be replicated in Nigeria by a local player.

But the Uber – Paga partnership may just be the thing to tip the odds in Paga’s favour.

For new innovations entering a market, the most effective way for them to penetrate is to piggyback on the success of other networks. Paypal rode on the success and popularity of ebay. AirBnB rode on the popularity of Craigslist, while Snapchat and WhatsApp have leveraged people’s phone books, to create networks native to mobile. It’s a tried and true formula.

If your innovation is going to hit its tipping point, it will do so on the back of another pre established platform. And that may just be what Paga has on its hands with this Uber payment partnership.

Granted, Uber isn’t for everybody. And it hasn’t become ubiquitous (try hailing a ride from Ketu). But the beautiful thing about it is, the more Uber grows, the more Paga grows. The more people use Uber, the more they get to see and probably experience the paga service.

If there was ever a time to aggressively push their service and acquire more users, now is the time. The recent COT policy is another new development that has Nigerians causing a ruckus on social networks. Funny enough, Paga also solves this problem. It seems like there’s a new reason to adopt Paga every other day.

Paga, just like every other local innovative solution out there has a tipping point. That point where network effects take over and people start getting on the platform just because everyone else they know is transferring funds through the platform. That point exists. The task ahead of paga now is rapidly growing their numbers, even as more pain points surface, until they hit that number.

With the funds they raised in their series B last year, this partnership with Uber, as well as the ingenuity of the Tayo Oviosu led team, the odds may yet tip in Paga’s favour.