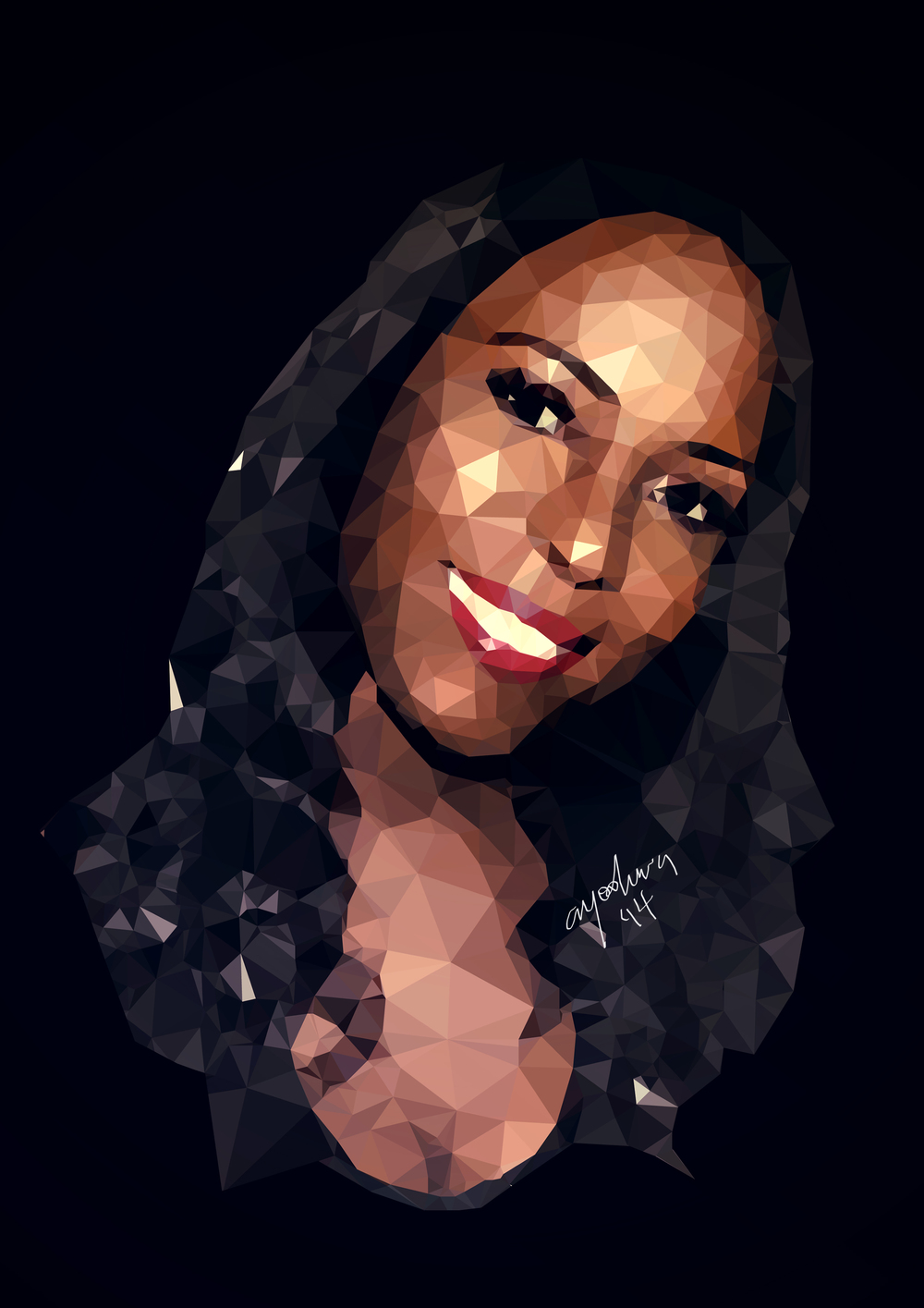 ENTERPRISE54 – Admittedly, this is another addition to the Linda Ikeji’s ruckus currently enjoying more airtime than whatever concerns our intellectual and social interest. Only proceed if you’re not yet bored. The reaction on social media peaks at an epic proportion that reminds of medieval persecution of a heretic, or the stoning of the devil,

ENTERPRISE54 – Admittedly, this is another addition to the Linda Ikeji’s ruckus currently enjoying more airtime than whatever concerns our intellectual and social interest. Only proceed if you’re not yet bored. The reaction on social media peaks at an epic proportion that reminds of medieval persecution of a heretic, or the stoning of the devil, as known in a certain religion. In this case, a criminal is accused of unfair play in a business built around celebrity gossips and, at best, clever promotion of vanity and everything in between. She’s branded a whore of intellectual property and the campaign against her may not rest until her head is chopped off at the gallows of ethical business practice. The conversations are feisty and mesmerizing. Rhetoric and anger mix in a show to curtail Linda’s alleged excesses or, perhaps, to serve justice by ending her reign as Nigeria’s most popular and most successful blogger. (Just an aside: This type of attention used to be a privilege reserved for traditional journalism. Certainly not enjoyed by supposed outlets of superficial content. Bloggers world over should be flattered).

Like most public matters, #LindaIkejiGate divides critics, observers, naysayers etc. into opinion camps with varying exhibition of passion. One camp gloats in what it hopes is an impending end of Linda. It’s taking it personal. Linda must end. This camp seeks revenge for wrongs done to them by Linda. This Linda! The blogger has invaded their privacy and has shared their lives; this one is a husband snatcher, that one is a wife beater, this one wore it better than her rival, that celeb still lives in rented apartment, this one cheated on his wife, that one has faded from musical relevance, this one is going through a divorce, that one is under EFCC investigation, this one is spending her father’s loot, that other one has slept with half an industry, orisirisi, orisirisi. For them, Linda is a social curse, a complete human embodiment of Ebola that should be quarantined, preferably at a place farther than hell. They seek karmic retribution. Even if this scandal fades, this camp will likely continue to fume and scheme the end of Linda. Her innocence or vindication be damned!

Another camp is voyeur in nature. It includes spectators who gleefully watch the unfolding drama or those who consciously distant themselves from participating in conversations below their IQ level or those that welcome the drama as an entertaining distraction from more serious social issues or national afflictions.

There’s the camp of those only attracted to social issues that reinforce the slightest of their personal and psychiatric struggles and hide under it to exhibit intense and chronically incurable negativities. These ones are always on a queue to celebrate a person’s downfall and can’t stand others’ success. They will confuse trifling argument for sense.

Another one, which this silly writer likely belongs, includes anyone who follows the story and shares pseudo-intelligent updates and wisecracks on Facebook, Twitter, BlackBerry, and writing unnecessary articles like this one instead of praying to God for a business with a minimum overheads but with huge profits and ending the prayer with “in Linda’s name I pray.” Members here exhibit tendencies of other camps in lesser capacities, and endure identity crisis that combine as Linda apologists, Linda bashers, #TeamIDontCare and other miscellaneous identities.

One side, possibly the most vocal, takes the moralist stance. Its only refrain being Thou Shall Not Steal, no matter what. This camp boasts intellectuals and critics with portfolio of activist engagements. They control the conversation and are capable of referencing legal and foreign cases to sustain a populist view. And like most populist views, it’s easy to hide under this umbrella even if seething jealousy, or something remotely darker fuels the criticism. This camp sort of has two factions. One faction presses Linda to give credits to her sources, very much in the mode of Thou Shall Take From Thine Neighbors Only With Their Permission. The other faction requests a lessening of punishment since it relates Linda’s crime to the failings of the Nigerian state. It nullifies it as another obscene manifestation of the Nigerian character. For this faction, the refrain is: for every Linda, there’s a politician stealing and getting away with it, so?

Wherever this ruckus leads, to be Linda Ikeji comes with a backlash. One can only imagine what the poor (I don’t mean that literally) lady has dealt with and dealing with it. She is probably rationing on advice from friends, family members and PR experts as she hangs on straws of emotions to negotiate herself from a tedious situation.

She kept quiet for the first few days of what seemed like Allied bombings of an enemy territory. And then she emerged with the type of laughable response one expects from a petty ex-girlfriend (or boyfriend) who lacks emotional control. In a bid to mock her “attackers”, she opened her flanks, and then Google struck. Beside it being ridiculous, it exhibits her level of equanimity and her total ignorance of how media work, especially in Naija. And it’s ironic. The one who brings others to public attention is suddenly forced to be an antagonist on her own theatre. No other recent event illustrates the proverbial table-turning. This event clearly threatens her social and business equities.

Before this event, on more than one instance, I have engaged with some of my friends in the creative and media business in discussing the phenomenon that is Linda Ikeji’s blog and other outlets of gossipy journalism.

Plagiarism aside, Linda Ikeji’s blog is a media wonder. Whether the blogger is aware of the extent of her blog’s influence, aside the money she makes and the traffic she commands is another thing. Her blog is about the most anyone needs to feel the pulse of pop culture in Nigeria and, arguably, on anything attracting zeitgeist conversation. Let the news break anywhere, get Linda on it and watch it amplify. Hers is a steamy factory churning out viral potentials. Let’s be frank, in those few hours when the blog was removed, we may never know the number of Nigerians that suffered Linda Withdrawal Syndrome or how much of our lost national man-hours were recovered, albeit temporarily.

Linda’s success is not a fluke. How did it start? How did she become a media phenomenon? Like most budding entrepreneurs, including myself, she must have gambled on the potential of her business, creating mental templates of trial and error. She must have doubted herself and the idea, and the sheer ridiculousness of promoting gossips. Perez Hilton, TMZ, People, MediaTakeOut etc. must have offered inspiration. If memory serves me well, I think Linda used to mention that Uche of BellaNaija.com inspires her. (I’m pretty familiar with her early days. I used to blog too on blogspot as “AlooFar”).

But there’s always more to every success stories beyond the obvious. Here’s my theory – Nigeria’s media shortcoming is Linda’s gain. I speak of the country’s rather blurred fragmentation in the digital media space. Better to say the digital ecosystem is still growing. It currently struggles to build differentiations that make it easy for advertisers and audience to find suitable destinations for traffic and thoroughly filtered content. In an ecosystem as this, one spot is destined to enjoy a rather exclusive advantage. And that’s where Linda sits, arguably not really by her design but chance and good timing are on her side. Advertisers are always obsessed with numbers and they’d go anywhere that provides the most traffic to get their audience. Since Linda, well, and few other places provide this, they have become the preferred destination to reach audience. And it doesn’t matter whether an audience is well targeted.

Most people claim that Linda is to Nigeria what Perez Hilton and TMZ are to the U.S.  Yes and No. Yes, they are all universes of celebrity fetishness. Linda differs though as she shares mainstream news too and, well, with snippets of her private luxury acquisitions. The Nigerian Internet consumer gets news from Linda than elsewhere. And the exhibition of her luxury acquisitions seems like a clever marketing ploy to cultivate and sustain a curiosity about her person and business than they are anything bothering on wayward bragging. I may be wrong. But in terms of media deployment, while Perez Hilton and TMZ aren’t really competing for eyeballs with some of America’s digital media spaces, Linda is almost the default digital destination for almost every advertiser in Nigeria, if they care about numbers. Queuing to place ads on Linda’s blog are the biggest advertising spenders in Nigeria, including telecommunication companies, financial institutions, breweries, religious organizations, government, politicians, international NGOs, Arts events, and miscellaneous organizations. There’s no Mashable, New Yorker, Buzzfeed, Huffington, Gawker Media, Upworthy, of Nigeria (yet). PS: Let it not be held against this writer for suggesting the “stealing” of Western media ideas for local adoptions and adaptions. But if you don’t mind, you may run away with any of them, adapt it to local relevance, build an ecosystem, and make shitloads of money. 🙂

It’s obvious the advantage the listed platforms have. Time will tell how much monopolistic hold they will enjoy in their respective businesses. It comes down to knowing how to put the dots together, either by conviction or trial and errors, in exploiting business opportunities created sometimes by our national and social deficiencies. Smart entrepreneurs know how to exploit these and build businesses around them.

But of course, ideas are as good as how they are executed. Whether Linda is mining her equities well is open to debate. She sits on a media business waiting to scale and ready to make her more influential than now. It’s before her, an avalanche of media extensions waiting to capitalize on her social and business equities: LindaTV, LindaRadio, LindaMag, LindaPolitics, LindaFaith, LindaKids, LindaTeens, LindaWomen, LindaMen and other conceivable extensions to keep the Nigerian, and perhaps African media and content business at her mercy. Oops, LindaMen, forgive the pun. (These extensions aren’t really necessary scales to ensure her growth but she could be on an epic roll with them).

Linda’s rise is the miracle of the Internet, of its seeming disruption of established media order. Her story illustrates the new publicity order too, of the Internet’s power to democratize influence. About anyone, armed with a good idea, Internet tools, a measure of zeal and, hopefully, serendipity can command vast amount of influence and money.

All of these will of course still be subjected to market forces and the constraints of legislation. For now, no clear regulation exists to legislate around digital activities. But the more ubiquitous digital businesses become, the likelihood for their policing.

Time will tell how far the lindafication of our journalism will last. For now, let’s not be de-range-d about her business and influence.
Editor’s Note: This piece was contributed by Chris Ogunlowo, principal partner and creative director of Kwirkly, a creative agency that helps startups, SMEs and growing businesses promote their products and services.