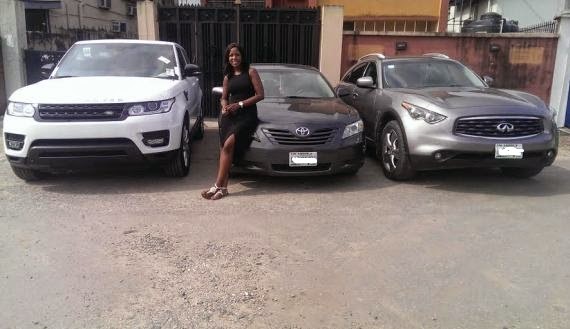 ENTERPRISE54 – Hundreds of thousands of Nigerian gossip readers woke up today to the pleasantly surprising news of Linda Ikeji’s latest acquisition – a N24 million 2014 white Range Rover. Exclamatory comments such as “Linda you’re chopping money o” trailed Linda’s blogpost announcement of the new toy. Within 12 hours of the news, the post had recorded over 3000 comments!

Interestingly, she had planned to acquire a Range Rover Sports 2014 Model as far back as last year as a personal gift but her father disagreed with the decision (there’s a myth among Nigerian parents that single ladies with expensive cars find it hard to get suitors). So the self-made multi-millionaire built a five-bedroom duplex for her parents under seven months and bought an eight million naira 2011 Infinity FX 35 SUV instead! All from blogging! 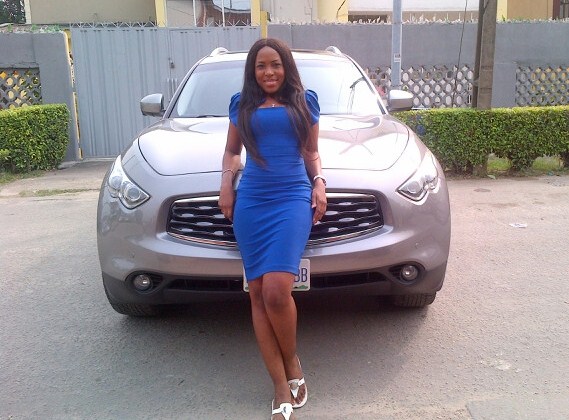 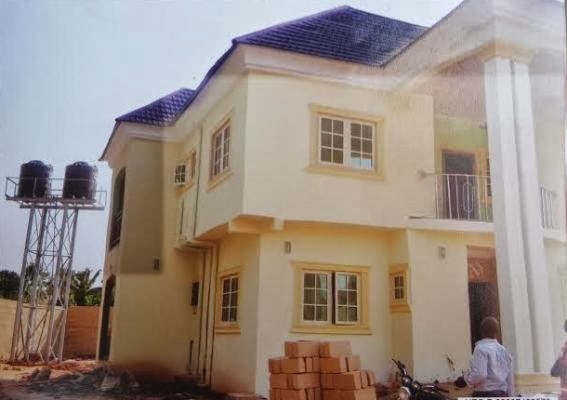 Aside personal gratification, the splurge demonstrates the profitability of the blog and Linda Ikeji’s success as an entrepreneur. Many female readers have been motivated by the show of wealth.

A comment by one Chukukere Chikaodi reads: “Linda darling, congrats to you dear. You’re an inspiration to a lot of young ladies like me. I even feel happier because I’m from Imo state, Nkwerre. Every time I talk about you even my dad knows Linda Ikeji. That’s how much you inspire me. I’m also very goal oriented and hardworking and I believe I’ll make it in life. God bless you so much and me too and every other sincere hardworking ladies out there. Happy birthday in advance! *Muah!”

The 34-year old was quick to remind her audience her startup success isn’t a sprint or overnight success, but a mixture of hard work, failures, rejection and even depression. In her own words, the University of Lagos graduate of English Education said “It’s not easy trust me…if you think I had success overnight, you thought wrong. November this year will make it eight years that I’ve been blogging. Every single day! Before then I was a model, I was a model manager, I was an events planner, I was a columnist, I wrote a book, then I became a blogger. I put my hands in so many things because I was determined to make it in life. Finally one paid off – blogging.’’

The online media entrepreneur also seized the opportunity to promise she would “soon” flag off her much talked about youth empowerment programme ‘I Will Rather Be Self-Made’ where she plans to mentor young girls and also provide her readers with startup capital. She initially made the announcement February last year but she’s yet to start.

Lindaikeji.blogspot.com runs on the free google powered-platform www.blogspot.com and focuses on News, Events, Entertainment, Lifestyle, Fashion, Beauty, Inspiration and Gossip. The brand has carved itself as a reliable source of entertainment news and gossip breaking earth-shattering stories.

During an interview conducted by London based television station OHBox TV, Linda Ikeji confirmed her blog gets over 600,000 readers daily with ad slots costing millions of naira. She’s revealed plans in the past to grow her digital media colossus into a conglomerate inspired by Oprah Winfrey’s network. She’s arguably Nigeria’s leading blogger and one of the country’s leading internet entrepreneurs.

Update: iROKOtv CEO Jason Njoku has said Linda Ikeji earns between “$400,000 to $700,000 per year with next to zero operating costs. Abnormally profitable. She doesn’t even pay for hosting her 2m+ readers as she uses blogspot instead.”

He further disclosed iROKOtv has been intermittent advertisers wither LIB and have seen over and over again that her super basic ad products work. On a campaign the company ran for the first two weeks of September 2014, LIB out performed Google Ad products.