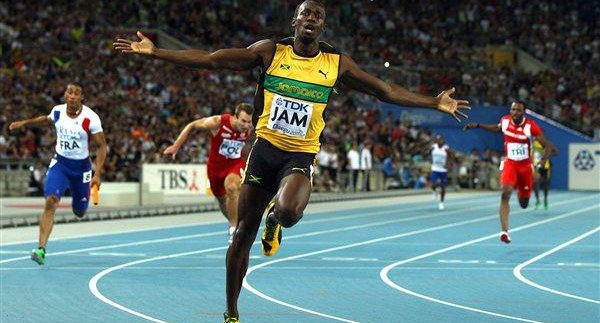 They say that Nigeria is in recession. But, it seems some are not feeling the pinch. Mr Mark Essien is the Founder of hotelsng.com, described as the “biggest hotel booking site in Nigeria”. At 7:33pm, on Wednesday, 31st August 2016, he tweeted the following: Honestly, can’t tell what is happening but in the midst of

They say that Nigeria is in recession.

But, it seems some are not feeling the pinch.

Mr Mark Essien is the Founder of hotelsng.com, described as the “biggest hotel booking site in Nigeria”.

At 7:33pm, on Wednesday, 31st August 2016, he tweeted the following: Honestly, can’t tell what is happening but in the midst of this recession, people are booking hotels much more than before! A minute later, he followed it up with this: The month before last was record-breaking – and just saw this month’s report – and it’s even better.

He got many responses.

One person wrote: The times are hard and people are turning to sex for comfort, hence increased hotel bookings.” Did you laugh? Don’t. Martin Lindstrom (see POSTSCRIPT below) in an article, posits that: “When we’re operating in survival mode, fear and sex become our two main drivers.”

Another wrote: “People need to forget the recession.” Aha.

But, one comment stood out: @marksessien set up online mini-questionnaire to ASK the consumer WHY current choice vs. previous.

That comment was by Mr Lampe Omoyele, a marketing strategist, brand builder and coach with strong strategic, commercial and execution capabilities built over a 25-year career in Sales, Marketing and Project Management roles in top-rated multinational Companies such as Cadbury, Airtel, Nutricima (a PZCussons Company) and GlaxoSmithKline Consumer Healthcare.

I call him “The Guru” because he is the master in his field – spend a little time to read all the recommendations on his Linkedin profile, but he’d rather just be Lampe Omoyele. Anyway, when I showed him the following picture, he allowed that he’s “erudite”. I joked that I would henceforth call him ERUDITE.

I thought that it would be nice to get him to share some of his deep insights on consumer behaviour with people who would want their enterprises – small, medium or big – to be ahead of the pack, particularly during these turbulent times.

So, I asked Lampe Omoyele if he could facilitate a seminar at our learning facility, The Hub, 2 Anifowose Close, off Adebola Street, off Adeniran Ogunsanya Street, Surulere, Lagos, on HOW TO WIN OVER CONSUMERS – ESPECIALLY WHEN THE TIMES ARE HARD. He gladly accepted and fortunately he’s free on Saturday, 24th September, 2016.

It will be three hours of solid learning in consumer habits, from 12 noon till 3pm that Saturday. You must set everything aside to be there. So, please go here and do the needful. Right now. Yes, go ahead and share with your friends, relations and associates. They will thank you. Trust me.

Here’s yet another great reason to be at this seminar: a chance to win the best-selling book, buy.ology Truth and Lies About Whey We Buy by my friend, Martin Lindstrom. My company, TaijoWonukabe Limited, with financial backing from Nigeria’s Guaranty Trust Bank plc, had brought Lindstrom to Nigeria to present his books, one of which was buy.ology.

This is what Andrew Robertson, president/CEO BBDO Worldwide says about buy.ology: “A riveting read. Challenging, exciting, provocative, clever, and, even more important, useful!”

This post first appeared on LinkedIn and was written by Taiwo Obe.