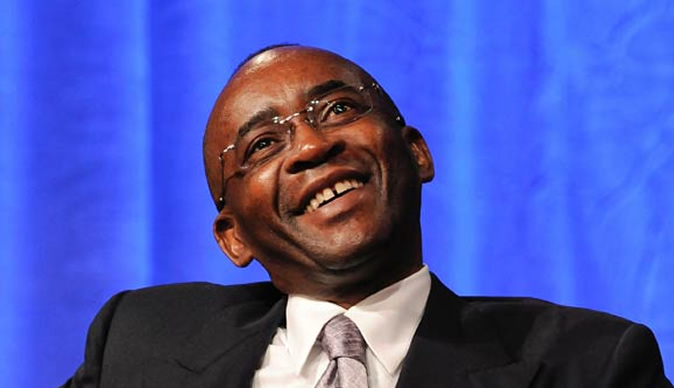 An example of how you raise money from investors, using a Stock Market Exchange according to Zimbabwean billionaire Strive Masiyiwa. A Stock Market Exchange is one of the most ingenious mechanism ever created to help entrepreneurs raise money to fund the development of a business. Most of the world’s leading entrepreneurs including global icons like

An example of how you raise money from investors, using a Stock Market Exchange according to Zimbabwean billionaire Strive Masiyiwa.

A Stock Market Exchange is one of the most ingenious mechanism ever created to help entrepreneurs raise money to fund the development of a business.
Most of the world’s leading entrepreneurs including global icons like Bill Gates, Jack Ma, Aliko Dangote, Patrice Motsepe would not be there today without a Stock Exchange Market.

If you dream of one day building a billion dollar company and becoming one of these global icons you better start to understand what a stock exchange market is, and how it really works!

Here is my story…
In 1998 after securing a license to build a cell phone network in Zimbabwe, following a gruelling 5 year legal battle; I worked with my team to prepare a five year BUSINESS PLAN, to present to investors:
One of the things the Business Plan showed us was that we needed to raise at least $10m, to get started. As the promoter I did not have that kind of money… So what was I to do?
The Business Plan also showed that it would be dangerous to borrow that kind of money…. A good Business Plan, will also show you whether you should borrow money from a bank, or whether you should look for investors who will buy shares for “equity”.
This BP “showed” us we must find investors, and get “equity” financing, before raising any debt.

If your country does not have a proper Stock Exchange Market, you cannot access probably the most important sources of funding for a business. It also makes it very difficult for your entrepreneurs to build big businesses. Countries with no Stock Exchanges or poorly constructed exchanges generally do not produce top entrepreneurs either.
Fortunately my home country Zimbabwe, has the second oldest Stock Exchange Market, in Africa, after South Africa. It was first established almost 100 years ago. In 1998 the Zimbabwe Stock Exchange was still able to mobilise both local and international capital to support business people. I have written in the past about my battle to get them to let me raise money from the public, through an Initial Public Offering (IPO).
We prepared a prospectus which we published in the newspapers. We offered 40% of our company to members of the public both local and internationally to raise the $10m. Thousands of people rushed to buy the shares because they wanted to be my partners in owning the business. What I did is not different to what Aliko Dangote did in Nigeria, or what Patrice Motsepe did in South Africa. It is exactly what Bill Gates and Paul Allen did in America. Others are doing it everyday across the world. That is why Stock Exchanges exist, and that is how you access Trillions of dollars available to build and grow businesses!

The biggest buyers of shares on most exchanges,(by value) are Insurance companies, and Pension Funds. So if you have a life policy or make pension contributions through your job, you are probably a shareholder of most public companies in your country, because this is where they invest most of your money. Some of you are shareholders even of the company I started without even being aware it it!

Once I “listed” the company my new PARTNERS (the public) who bought the initial shares, were now free to go to the market and either sell, or look for more from others who had bought.
If the demand was high, the price went up, and if the demand was low the price came down.
This buying and selling does not involve the company in any way. We had our raised our money, and could now deploy it to grow the business. If we needed more money we could simply sell more shares ourselves, in another process, known as a RIGHTS ISSUE.

I never returned to ask shareholders to give us additional capital, as often happens. Instead I retained all the profits in the company for 5 years, and used them to finance further growth. I was heavily criticised at the time for this policy, by some myopic observers, who wanted me to pay dividends. The company went up in value from $10m, to more than $1.5bn by 2014, despite the huge economic challenges the country has faced.