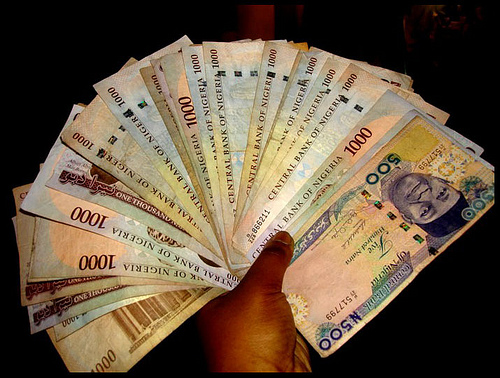 ENTERPRISE54 – Various studies have shown lack of access to capital to be a major factor militating against entrepreneurs and growing startups. Aspiring entrepreneurs with bright ideas have been incapacitated by the resulting credit-crunch, and this has contributed to Nigeria’s increasing unemployment rate and low economic activity. Enterprises and their entrepreneurs are to the economy

ENTERPRISE54 – Various studies have shown lack of access to capital to be a major factor militating against entrepreneurs and growing startups. Aspiring entrepreneurs with bright ideas have been incapacitated by the resulting credit-crunch, and this has contributed to Nigeria’s increasing unemployment rate and low economic activity.

Enterprises and their entrepreneurs are to the economy what the cell is to the body. Furthermore, data available from the federal office of statistics show that these (Micro Small and Medium Scale Enterprises) MSME provide a large percentage of jobs and its inherent multiplier effect than even more that the public service itself. So assisting such a critical sector in the area of funding cannot be ignored or left to their fate.

It is in light of these developments that the Central Bank of Nigeria (CBN) in December 2005, introduced a Microfinance Policy Framework to help micro-entrepreneurs and low income households gain increased reach to financial services for business expansion and modernization of operations. The rationale was that no inclusive growth can be achieved without improving the access of this economic strata to factors of production, especially financial services.

Microfinance banks provide quick access to funds for entrepreneurs without collateral. The Nigerian government through her Central Bank, set policies, guidelines and gave out licenses for the establishment of Microfinance Banks.

According to the MD/CEO of Accion Microfinance Bank (AMfB), Ms. Bunmi Lawson, at a press briefing in Lagos, “some entrepreneurs are ignorant of the facilities being offered by the microfinance banks”.

She further added that “all a business owner needs do to access a loan facility is to walk into any of their branch with proof of running a business for over a year, a utility bill, authorised identity card (drivers licence, voters’ card etc.) with two dully completed guarantor’s forms”.

Microfinance services refer to loans, deposits, insurance, fund transfer and other ancillary non-financial products targeted at low-income clients. Smallness of loans and savings, absence or reduced emphasis on collateral, and simplicity of operations distinguish microfinance from other formal financial products.

In line with best practices, MFB’s maximum principal amount of loan do not exceed N500,000 and some may require joint and several guarantees of one or more persons. The repayment may be on a daily, weekly, bi-monthly, monthly basis depending on the amortization schedule as stipulated in the loan contract.

A microfinance loan is granted to operators of micro-enterprises, such as peasant farmers, artisans, fishermen, youths, women, senior citizens and non-salaried workers in the formal and informal sectors. The loans are usually unsecured, but typically granted on the basis of the applicant’s character and the combined cash flow of the business and household.

Traditionally, microfinance loan tenure is within 180 days (6 months). In special cases, tenures could stretch beyond six months. However, in cases of agriculture, or projects with longer gestation period, a maximum tenure of twelve months is permissible. In housing microfinance, twenty-four months durations are the norm.

Before the emergence of Microfinance Banks (MFBs) under the Microfinance Policy, the financially unserved or under-served found succour in non-governmental organization-microfinance institutions (NGO-MFIs), moneylenders, friends, relatives, credit unions, etc. These informal sources of funds have helped to partially fill a critical void, in spite of the fact that their activities were neither regulated nor supervised by the Central Bank.  The CBN took cognisance of these institutions as they became key players in the Nigerian microcredit landscape. However, more emphasis is being placed on the Microfinance Banks (MFBs) because they are under the regulatory and supervisory purview of the CBN.

Have you approached a Microfinance Bank for a loan? Do share your experience below!