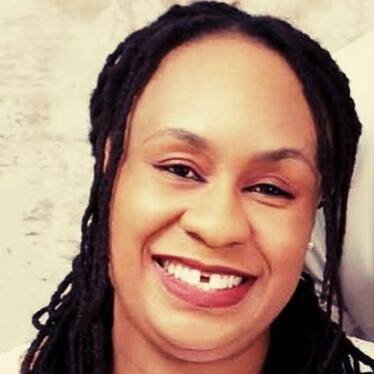 Entrepreneurship is booming in Nigeria no doubt. In fact, one can argue that it’s becoming a pop culture among the country’s teeming population. Being an entrepreneur running your own show seem to be the cool thing to do for a people already disillusioned with the government. While this is not to say the only reason

Entrepreneurship is booming in Nigeria no doubt. In fact, one can argue that it’s becoming a pop culture among the country’s teeming population. Being an entrepreneur running your own show seem to be the cool thing to do for a people already disillusioned with the government. While this is not to say the only reason many embrace entrepreneurship is because of government letdown; it sure is one of the many reasons.

While this new-found love in entrepreneurship spells a desirable volte-face for a country suffocating in the stench of its own economic poo, a thing of concern among many is how innovation ( a w0rd easily thrown around in the entrepreneurship space) is lacking in the ways business owners go about their ventures.

For  Chioma Ifeanyi-Eze, an entrepreneur herself whose startup, AccountingHub is helping SME owners track their spending, what is replete in the Nigerian entrepreneurship scene is a case of copy and paste where businesses follow the bandwagon, thereby leaving real problems unsolved.

“Everyday, I say to myself that I don’t see businesses which solve the real problems. Instead, businesses are copying each other; no one is thinking differently. Too many supermarkets are opening in Lekki, Lagos, but no one is opening a wholesale supermart where we can buy in cartons. I still have to struggle to get into the rowdy Balogun market to buy baby food, detergents and cereals for the kids in cartons. There is no strictly wholesale supermart.”

Similarly, Simeon Ononobi, founder of SimplePay, a payment solution platform, believes it’s easy for anyone to say the word “innovate”. It’s easy, also, to call any startup founder an “innovator”, however, the real question to be asked is if Nigerian startups are really innovating. He shared an experience of how he had to learn the importance of innovation the hard way with SimplePay.

“It was difficult in the beginning; we were focused on enhancing what we had, not necessarily innovating. We just made better what we had but thought we were innovating…We were just making better our MVP, so it was same collection of funds online, was same card processing and all we were doing was adding recurrent billing and other things. We were slow and others started doing same thing. They launched and we were still building. Most of our clients moved to our new competitors…”

One of the factors that guarantees the success of a business, aside the right infrastructure being in place, is if the enterprise solves real problems and not making products it needs to beg people to buy. Nigeria is a country with millions of poor people with problems waiting to be cashed on, and this has caused many to regard the nation as a fertile land for business. However, Chioma believes Nigerian entrepreneurs need to cash in on solving peculiar problems like commuting, affordable healthcare, Jobs, Power and Housing.

“Drive through Marina Lagos, at close of work hours. It’s a swam of people looking for buses to jump on. No one is solving that problem? Instead, I see more people taking loans to buy buses for inter-state transport and be struggling with the big players.
Kerosine has been more expensive than gas but the common man is still buying and cooking kerosine. Is no one solving the problem of getting gas into the homes of the low income earners who still don’t know it is cheaper?”

She believes the ripple effect of not proffering people-tailored solutions will only result in entrepreneurs missing out on opportunities right under their nose. One of such is an example of expensive private hospitals who have fewer clients compared to mid-level private hospitals who render the same service at people-friendly charges.

“Private hospitals are super-expensive and so have few clients. A man opens a mid-level hospital with basic furnishing and cannot cope with too much work. He told me he takes at least 5 deliveries a day. Meanwhile, doctor with tush hospital takes one delivery in three months.”

According to her, there’s nothing wrong in an entrepreneur deciding to be premium-priced, to serve a select few, it is however, important that such business owner have a full grasp of their market and business potential to allow for better inclusion.