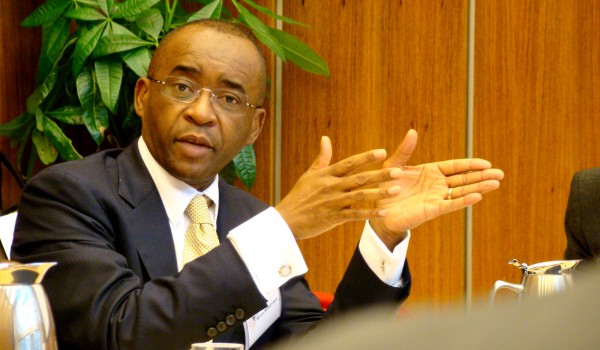 Strive Masiyiwa is a man after many entrepreneurs’ heart. As a man who has been in business since 1986, his experiential insights on the African business and entrepreneurship clime is a mantra for many African entrepreneur. In 2001, approximately five months and twenty-eight days after winning a bid to float Econet Wireless in Nigeria, he

Strive Masiyiwa is a man after many entrepreneurs’ heart. As a man who has been in business since 1986, his experiential insights on the African business and entrepreneurship clime is a mantra for many African entrepreneur. In 2001, approximately five months and twenty-eight days after winning a bid to float Econet Wireless in Nigeria, he had the privilege of making the first GSM phone call in Nigeria when he called NCC to say “we’re live!’’ a call signaling the operation of Econet Wireless Nigeria. Yes Econet Wireless. The telecommunication brand infamous for its countless acquisition rounds, management change, and constant brand transformation was introduced to Nigeria by the entrepreneurship guru.

In a post on his blog, Masiyiwa shares his experience setting up Econet in Nigeria. His insights have cleared the air on many wrong assumptions and reports that attributed poor revenue and bad management as the reasons for the company’s acquisition. On the contrary, he revealed that at the time of the company’s procurement, it was controlling the larger percentage of the market.

“We were one of the winning bidders and… we were number one in the market with an estimated 57% market share,” he revealed.

Masiyiwa’s Econet won the telecommunication bid because of its previous experience in Zimbabwe and Botswana. At the time, he was able to build what he described as “a consortium of 22 investors” to put up the money needed to bid. The license cost them $285m and was the most expensive license ever issued in Africa at the time.

One then wonders what could be responsible for the sudden disappearance of such a promising business venture.

“Then came the fateful day when I was told that our company must pay a total of $9m in bribes to senior politicians (in state government) who had facilitated the raising of the money to pay for the license. I refused to authorize the illegal payments. The shareholders met and voted Econet Wireless Nigeria out.” – Masiyiwa

Apparently, the reason for Econet’s sudden disappearance was neither as a result of poor revenue nor poor management, it was because of a deeply rooted monster called corruption that has eaten deep into the cranium of governance in Africa and particularly Nigeria. According to Masiyiwa, “James Ibori, the Governor of Delta State, was demanding $4,5m be paid to him in his personal capacity” and when he(Masiyiwa) refused, Ibori confidently blurted “pay or I will chase you and your people out of the country.” Masiyiwa refused.

Entrepreneurs continue to nail the dearth of funding as the major factor working against entrepreneurial growth in the country while a bigger problem looms in the corridor of the Nigerian entrepreneurship ecosystem.

For the full gist on the Masiyiwa’s story, head on to his blog.