Here’s The Ghanaian Mobile Phone That Can Charge Smartphones 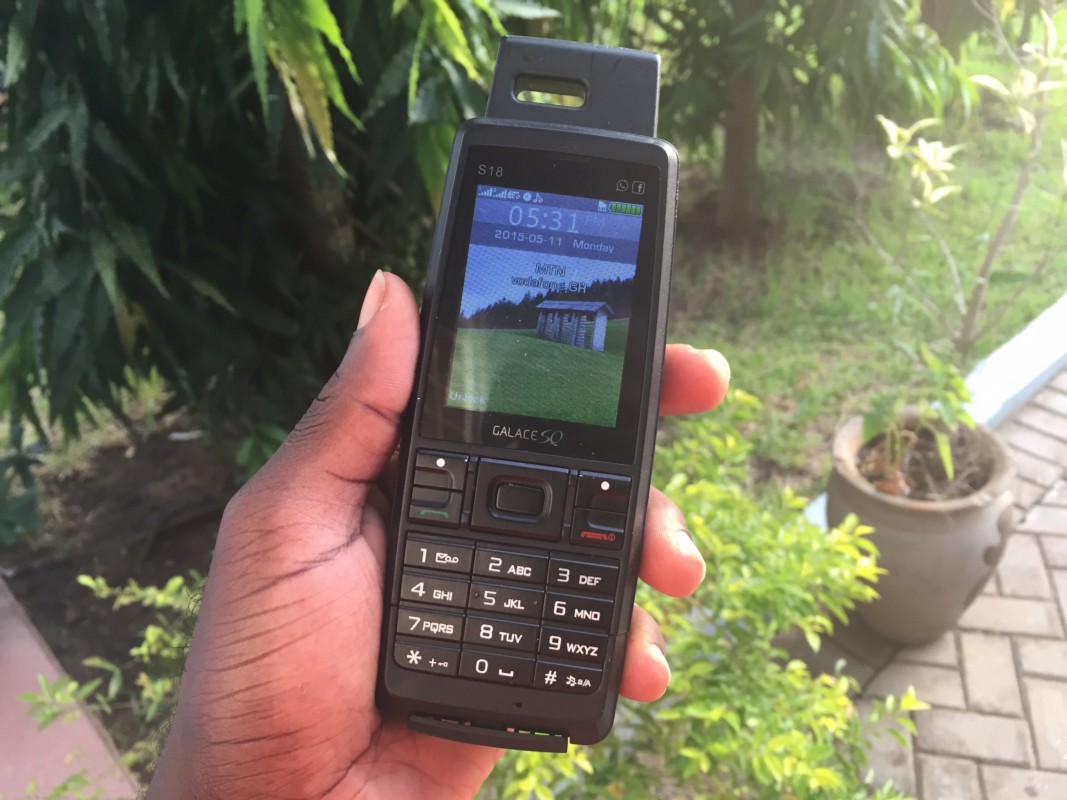 The mystery of the power bank phone taking over Ghana Have you noticed an odd bulge in people’s shorts around Accra? It’s likely because, like many of my friends, they’ve recently acquired a new phone. But it’s not the iPhone 6 Plus, and it’s not the Samsung Galaxy S6. It’s this thing:   I first

The mystery of the power bank phone taking over Ghana

Have you noticed an odd bulge in people’s shorts around Accra?

It’s likely because, like many of my friends, they’ve recently acquired a new phone. But it’s not the iPhone 6 Plus, and it’s not the Samsung Galaxy S6. 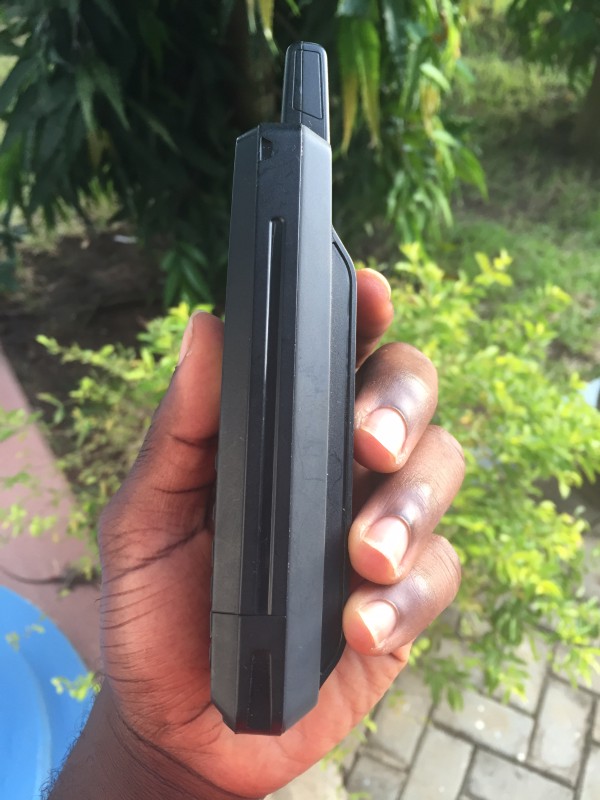 I first saw this phone a few weeks ago when a friend plopped it down on our restaurant table. I initially had trouble processing what I was seeing. At a time when phone manufacturers are racing to make devices ever thinner, the sheer size of this thing is almost lewd.

I made fun of him for his brick and listened disbelievingly when he said everyone had one. The phone lay forgotten as we caught up over lunch.

A few days later, while walking by a colleague’s desk, I noticed a familiar black silhouette. It was the same phone.

Back in front of my laptop, I fired up Gmail and clicked the first email in my inbox — a promotional message by e-commerce startup, Jumia. The featured deal? 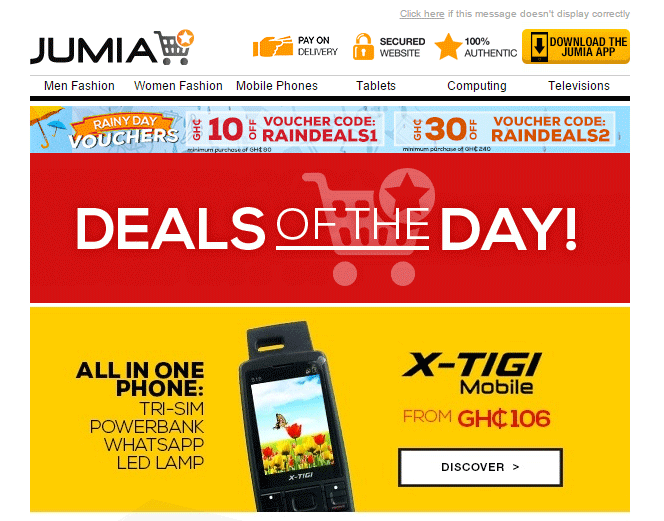 Since then, this phone keeps popping up everywhere I go. It’s obviously very popular, and it’s clearly taking off. But why?

Why’re some of my most stylish, most tech-savvy friends — all of whom already own smartphones — suddenly lugging this thing around?

This is what I’ve found.

Here’re some basic details about the phone:

2. It’s All About the Power Bank

One thing that quickly became clear when I spoke to people is that the number one reason they bought the phone is to use it as a power bank.

Ghana is currently experiencing a severe power crisis — city-wide blackouts of 36 hours or more have become the norm in the capital, and a brisk business has grown around selling power banks, which are small portable rechargable batteries that can be used to charge small electronics such as MP3 players and, yes, phones. 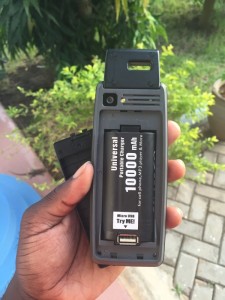 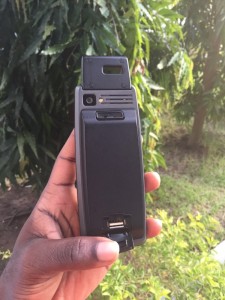 It appears that the primary job that this phone is being hired to do is to serve as reserve power for people’s primary phones during the frequent blackouts.

3. It’s Being Distributed Organically, Entirely by Word of Mouth

My friend Gideon found out about the phone (and its power bank feature) from Ammi, who heard about it from his mother, who had bought a bunch from her friend…

Another friend commented on how it seems the phone is suddenly sprouting up in the hands of more and more people at her church.

I knew word of mouth was powerful, but it takes something like this to underscore just how powerful, especially in a place like Ghana where internet penetration is still very low.

The phone definitely benefits from its funky form factor. It stands out and invites conversation. “What is that thing? I keep seeing it around.” “What does it do?” “Oh cool. How much is it?”

Many people in Ghana own multiple SIM cards for a variety of reasons (for example, to take advantage of the various perks and promotions that the various telcos frequently run).

This phone is a good home for their tier 2 and tier 3 SIM cards. It beats leaving the tiny SIM cards somewhere in your room and then misplacing it.

The added benefit of having the SIM card in a phone (versus in a drawer) is that people who have your other phone numbers can still reach you, so there’s no risk of losing touch when you change your number.

Here’re two photos of the phone. My friend acquired the left one on the street, and you can buy the one of the right on the Jumia Ghana website.

Notice that the logo on the left phone is GALACE SQ, and the one of the right is X-TIGI. Otherwise they’re quite literally exactly the same phone. Which one is the authentic brand, and which one is the fake? 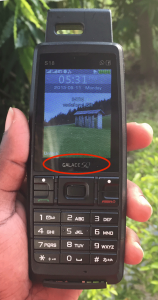 6. The Phone Without a Name

It’s simply referred to as “power bank phone” or “the big black phone” or even the “army phone,” because the packaging apparently comes in a military camouflage pattern.

And yet, despite this, it’s managed to spread like wildfire by word of mouth.

The Facebook “app” is actually just a mobile web browser in a wrapper, and the WhatsApp app is super slow and doesn’t have push notifications, so the only way you know you have messages is if you happen to open the app.

Some people haven’t been able to get WhatsApp to work at all, and others haven’t even launched the apps — they use their primary smartphone for apps.

Before I heard about the power bank, I assumed the apps were the major draw, but it’s clear that they aren’t the primary reason people are getting the phone. 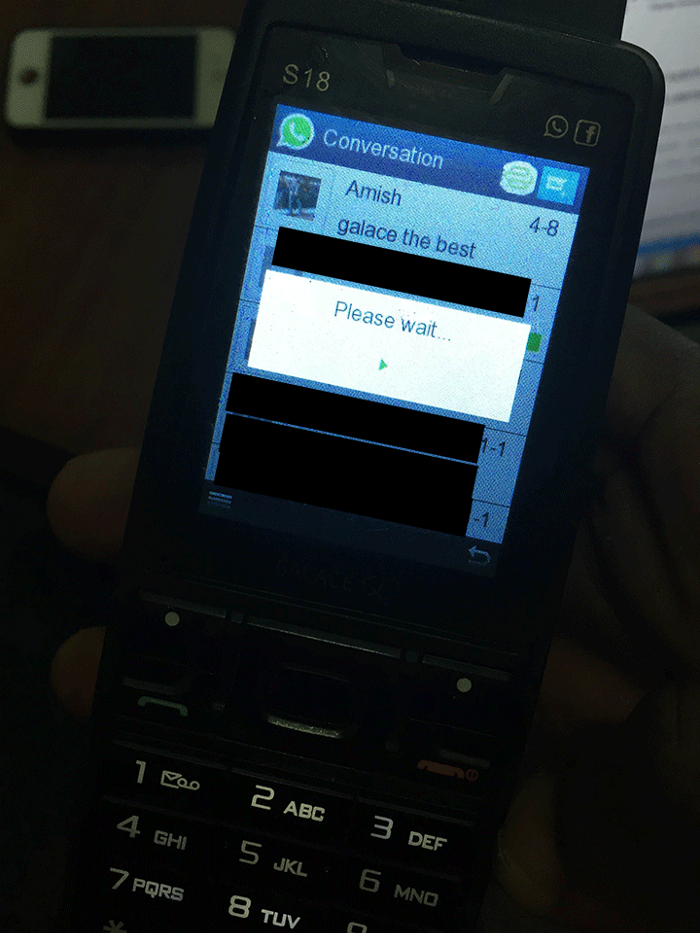 8. There Seems to be Some Confusion about What this Hook is For

The “hook” on top of the phone is one of its most distinctive physical features.

Some people believe it to be the antenna for the radio, while another friend was certain it was a handle to hold up the phone so that, paired with it’s LED light/flashlight, it could be used as a makeshift lightbulb (again, ideal during our current power crisis). 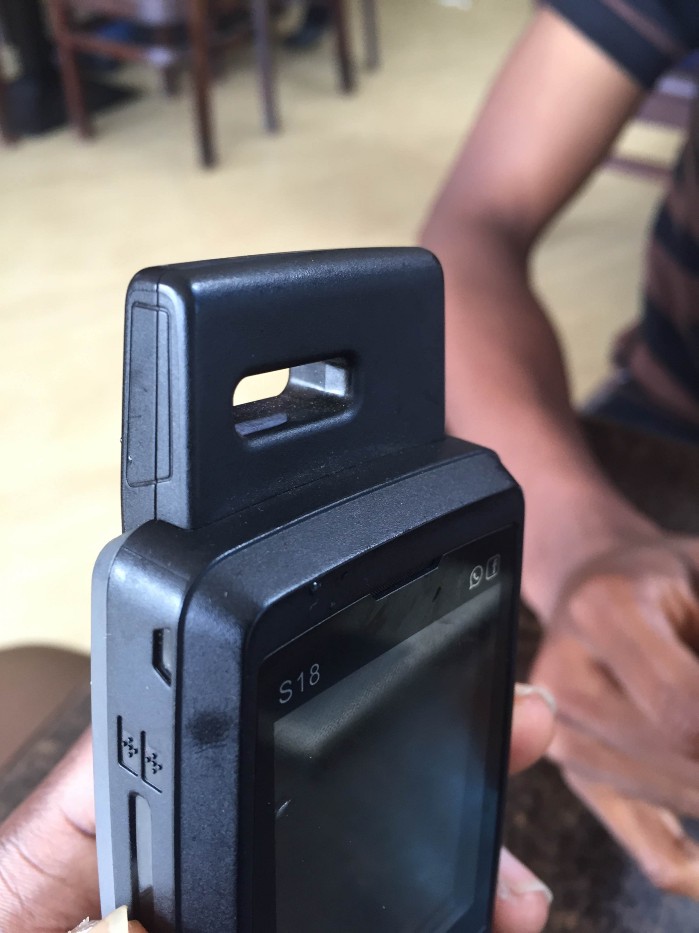 Arguably, a smartphone that lasts for a full week on one charge would do more to accelerate smartphone adoption in emerging markets than Google Loon or Facebook’s Internet.org.

One of the hardest adjustments for me when making the switch from my trusty Nokia feature phone to a smartphone was realizing that I now needed to charge my phone at least once a day, instead of once a week. For parts of the world without reliable internet access (i.e. the vast majority of the planet) the need to constantly recharge contributes to making smartphones a non-starter.

2. If you want your physical product to go viral, maybe distinctive trumps pretty: Regardless of anyone’s opinion about its attractiveness, the power bank phone definitely stands out. It is unapologetically large, tactile, and it demands to be touched and commented upon.

I believe this (combined with everyone’s need for a power bank) is why it has spread so quickly.

There’re implications here for anyone who makes physical goods.

Maybe, if your goal is to create a viral physical product, your primary goal should be to stand out in a way that gets people talking, not to be beautiful. Distinctive and attractive aren’t mutually exclusive ideas, of course — you can make something that is both — but you can achieve distinctiveness without being pretty, and it is the former that matters more.

Extremism in the pursuit of remarkability is no sin. In fact, it’s practically a requirement… Remarkability lies in the edges. The biggest, fastest, slowest, richest, easiest, most difficult. It doesn’t always matter which edge, more that you’re at (or beyond) the edge. — Seth Godin, How to be Remarkable

Want to chat about any of this? Please say hello via Twitter and email (equartey at gmail).