Funke Akindele-Bello, is a Nigerian actress, comedienne, and entertainment entrepreneur. She is the founder of Scene One school of Drama, and the brain behind popular TV series, Jenifa’s Dairy. She broke into the movie industry with her role in the UNDP sponsored TV series, “I Need to Know.” She was a guest at the recently

Funke Akindele-Bello, is a Nigerian actress, comedienne, and entertainment entrepreneur. She is the founder of Scene One school of Drama, and the brain behind popular TV series, Jenifa’s Dairy. She broke into the movie industry with her role in the UNDP sponsored TV series, “I Need to Know.”

She was a guest at the recently held Youth Enterprise Conference 2017, an annual event organized by Nairabet CEO, Akin Alabi to commemorate his birthday, and also guide young innovative individuals on how to build businesses.

Jenifa, as she is popular called, dished out insights for young business owners and aspiring entertainment entrepreneurs, mostly drawing from her own personal experience of transitioning from being an actress to a movie entrepreneur. Reiterating that being rejected doesn’t make an entrepreneur’s dream invalid, she shared how her own experience with rejection propelled her into writing and producing her own movie, a decision that turned out to be the game-changer for her. 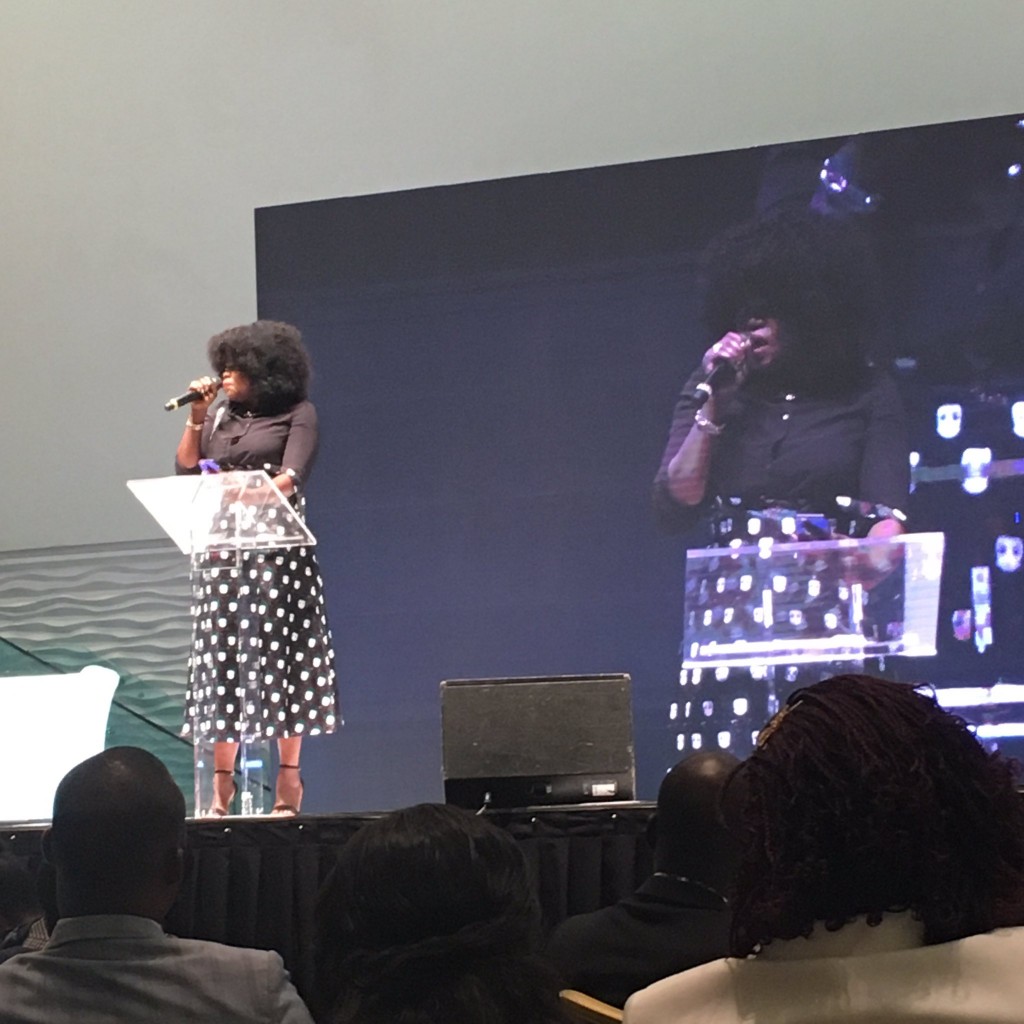 Funke Akindele-Bello speaking at the event

“ After my breakthrough with I Need to Know, I thought I had arrived, but to my surprise, for a long time I never got called for another role. Then I got invited for a role in Yoruba Nollywood. However, to my dismay, after packing all my beautiful clothes, hoping to get a lead role, all I did was to sit amongst the crowd and nod my head. I was sad and discouraged. Then I thought of another way out. I started writing my own scripts and producing my movies.

So, if you are a great at something and things are not panning out the way you want, look for another way out. Be fluid, and adaptive.“

While her real breakthrough might have been due to her ability to turn a stumbling block to a stepping stone, she acknowledged the immense role, collaboration with the right persons and platforms played in making her comedy series, Jenifa’s Diary, a huge success. Mentioning Jason Njoku’s Irok Tv’s role, she amplified the need for entrepreneurs to leverage support from others that can help.

“ Although I decide everything on Jenifa’s Diary, I don’t write it alone. I give it out to others to write too. As an entrepreneur, you need to have advisers that will serve as your soundboard. Network with people in your space/ your industry. Don’t be a one-man train. Jason Njoku has been of immense assistance to me. I remember when I met him in his London office, after the release of Jenifa’s diary and we spoke about distribution. He understands the market and I learned a lot from him…”

As it is with most entrepreneurs, she also struggled with sponsorship for Jenifa’s Diary. This struggle would later open her eyes to the reality that surrounds investment, a reality many entrepreneurs seem to be oblivious of:

“Nobody cares about ideas/concepts, until you act on them and show results. When I was going around to advertising agencies to pitch the idea of Jenifa’s Diary.They always ask me, Where’s your pilot? But I never had a pilot, I had nothing to show other than my idea in my head. Then I thought to myself, that’s true, how will you moving about without you showing what you want them to invest in/sponsor. Then I did a pilot and went back. This time their response was different. They jumped on it, and today Jenifa’s Diary is huge!”

She shared how she learnt first-hand the importance of optimism and perseverance in getting the breakthrough that might seem elusive in the industry.

“Most times, you have to ignore the pessimism in your head telling you, you can’t do it. If I hadn’t done that, Jenifa’s Diary might never have been birthed. After Jenifa 1 and 2, I felt the people have had enough of Jenifa. However, I wanted to do a TV series so bad, but the thought f critics saying I’ve over-flogged Jenifa kept me down. When I eventually decided, it took me a year to write the pilot of Jenifa’s Diary because I was unsure of what the reception outside will be.”

Over and above all, Funke Akindele-Bello’s success is a shinning example for entrepreneurs that rejection doesn’t  invalidate dreams, rather it should be a propellant that causes you to re-calibrate and explore better ways to own your dream.