Eghosa Omoigui Shares How To Get $50k-$500k From EchoVC 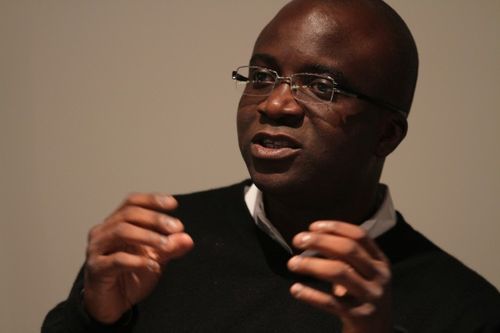 ENTERPRISE54 – As you all know, EchoVC Partners is a Silicon Valley-based early to seed stage venture capital founded by Eghosa Omoigui. At the last DEMO Africa which held on the 25th – 26th of September, Nigeria’s communication technology minister Omobola Johnson during her speech announced that EchoVC would be the principal manager of the

ENTERPRISE54 – As you all know, EchoVC Partners is a Silicon Valley-based early to seed stage venture capital founded by Eghosa Omoigui. At the last DEMO Africa which held on the 25th – 26th of September, Nigeria’s communication technology minister Omobola Johnson during her speech announced that EchoVC would be the principal manager of the federal government’s $15m IT Innovation Fund.

The minister said: “In the next few days we will be conducting the first close of the government seeded IT Innovation Fund. Government has committed $9 million as seed capital to this fund to be managed by EchoVC and we are literally a month or so away from making our first investment in a number of Nigerian and African tech startups.”

Clearly, it’s past a month now after that exciting announcement but there’s no word on the Fund or how it can be accessed. Probably there is a drag somewhere. The honourable minister has been working tremendously and she’s earned my respect so I take her word seriously that the funding pipeline would be open pretty soon.

I met with Eghosa Omuigui after his panel session at FBN Capital Conference to ask if the IT Innovation Fund is ready. The light-hearted venture capitalist said it’s not in his place to disclose but that the minister would make the announcement. He also disclosed applications are already coming in from entrepreneurs and his firm has begun discussions with them. I guess that’s encouraging and some good news corroborating the lunch of the Fund.

Here are a few quotes…

“We like hunters! Basically people who would die trying.”

“We’ve seen consistently how entrepreneurs are very unprepared (during their pitches). It takes the first minute for an investor to click into the entrepreneur. It takes two minutes to decide.”

“If you go online and you pick up the standard deck the Americans and Europeans use, it’s not a really good strategy to tell your (African) story. We’ve a popular training on how to tell your story as a tech entrepreneur in Nigeria.”

“For me as an investor, I like to see conviction in the entrepreneur.”

“We like to invest in entrepreneurs we call lubricants. They oil frictions in day-to-day lives of the market.”

“Everything here (Nigeria) is scale. Everything! You could have a $100m revenue per year idea but would never cross the island to the mainland! So we ask how do scale? You don’t have to have a perfect answer. We just like to know you’ve thought about it long enough to empathize with the market.”

Any startup founder out there who has approached EchoVC? Do share your experience.